California Primary Results are as follows for Republicans and Democrats.

Trump won California with all Delegates. Since Other Candidates had already withdrawn.

The Following Results show that California is not historically any one party stronghold.

Click below on each county to know 2016 2012 2008 US presidential election results, votes , margin, swing ,Winner runner up

Following is a analysis of Past Election Results. We have taken out a swing by substracting vote % received in 2008 from that received in 2012 for each party. This shows the positive and negative swing for a particular Party in that state. 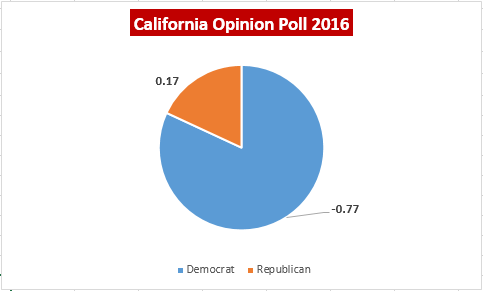 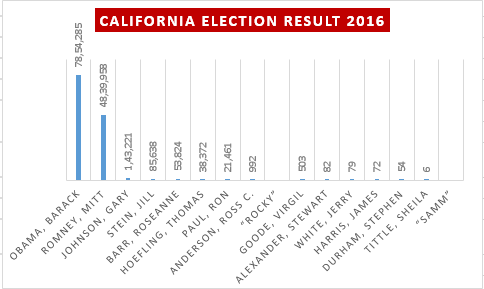