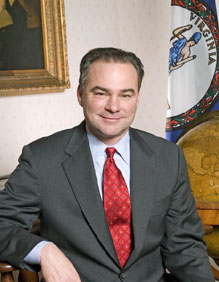 Democratic vice presidential nominee and U.S. Sen. Tim Kaine will be in Reno on Thursday to discuss Hillary Clinton’s vision for an America that is stronger together.


Event: Rally (to discuss Hillary Clinton’s vision for an America that is stronger together)

Members of the public interested in attending this event should RSVP here.

The Virginia senator is set to visit the University of Nevada, Reno campus on Thursday morning. He'll headline an event at the Lincoln and Meta Fitzgerald Student Services Building.

Clinton campaigned Monday at Temple University in Philadelphia to reach out to college-age voters, a voting bloc that went strongly for Barack Obama in his 2008 and 2012 presidential races.